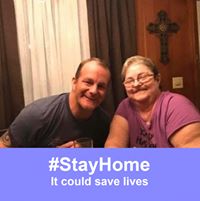 Thank you so much for this very unique platform. Because of this site I was able to create a online Memorial for my Mom (Delores Kesegich). As I had spent my 1st Mother’s Day without her ever. Best Regards, Michael Kesegich Miss and love you Mom 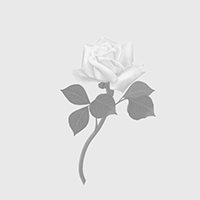 Uncle Pio my personal G! Why did the cold hands of death have to snatch you away so early; just a few hours before your big 60? I keep wondering why did it have to be you Uncle Pio? I guess God had better plans. My heart is in bits and pieces and I am still in utter shock. Who will be my gossip partner at family events now that you are gone? You were my Uncle, but we could talk and banter about literally anything. You would call me to report and bullock my brothers for not picking up their phones; I would always chuckle to myself afterwards because you were always so bloody livid. I promised to call you one of these days, so we could party and dance the night away; which I guess was never meant to be. May God grant you eternal rest Uncle Pio. I will miss you so much Uncle but I know it is well and that you are in a better place. REST EASY my darling Uncle Pio. Gone too soon.

A great friend and brother. He will be missed. From chasing girls @ Maryland, to Baptacad bucateria opposite the school gate to the great ife Iva valley and bukateria....Rest in peace Arije DoDo.... you will be missed. A toast to absent brethren ‘in a song ‘

Bros Jyde as fondly called. You were actually a bigger and exemplary brother who always wanted to help us his younger friends. I am personally grateful for some of the help you rendered me during some legal struggles. I appreciate that and would always remember you Rest in peace big bros! 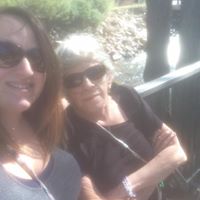 Sheri was an amazing woman with a heart of gold. She was fiercely loyal to her family, and would have given the shirt off of her back to anyone in need. She had a special way with words and humor, and her sass and wit kept people on their toes. She was intelligent, and wore her heart on her sleeve. She passed away on Thursday, January 2nd peacefully with her family by her side. She is gone, but will never be forgotten. Anyone that knew Sheri, knows that she was very adamant in not having a funeral, but in order to gain some closure and pay respects, the family has chosen to join together to celebrate her life. She will be cremated in the near future, and her children and grandchildren will be spreading her ashes at a beautiful place in Estes Park where she spent her last big outing with her granddaughter and two great grandchildren. Sheri is preceded in death by her Mother, Marie Roby, Father, Samuel Roby, brothers, LeRoy Roby, Melvin Roby, and Don roby, sisters Maxine Hornbuckle, Carol Bourg, and Ramona Royston. She is survived by sisters Evelyn Preston, Betty Williams, and Rose Tyler, son Kenneth Kent, daughters Tracey Marsh, Kelly Beaudette, and Stacey McVay, grandchildren Leeanna Marsh, Kenny Kent, Stephanie Pettner, Nicole Miner, Stephen Stover, Cassandra Beaudette, Justin Gerstner, Jennah Gerstner, and Marissa Asbery, great grandchildren, Jackson Kent & Zoe Pasco, Isabelle & Hannah Kent, Kennedy & Michael Stover, Harlyn & Camden Pettner, and Hazel & Cohen Little. She will be remembered and celebrated on Saturday, January 18th at 1pm at the American Legion in Broomfield, Colorado.